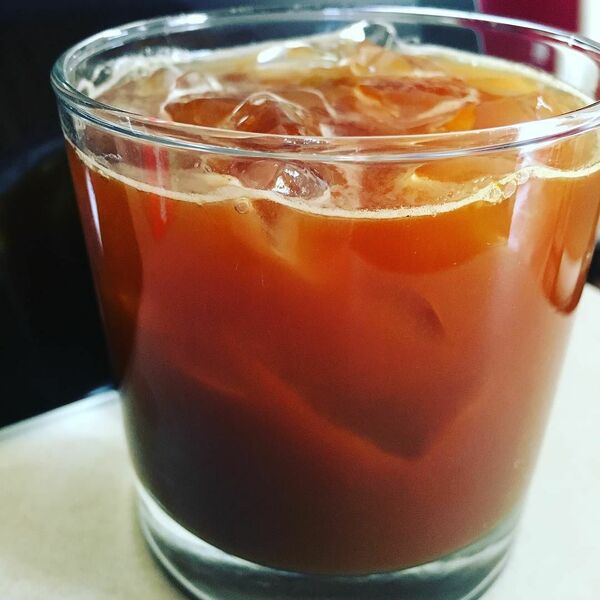 Pour the Campari and vermouth over ice into glass, add a splash of soda water and garnish with half orange slice.

Use a Old Fashioned Glass

The Americano is an IBA Official Cocktail composed of Campari, sweet vermouth, and club soda. The cocktail was first served in creator Gaspare Campari's bar, Caffè Campari, in the 1860s. It was originally known as the "Milano-Torino" because of its ingredients: Campari, the bitter liqueur, is from Milan (Milano) and Punt e Mes, the vermouth, is from Turin (Torino). It is popular belief that in the early 1900s, the Italians noticed a surge of Americans who enjoyed the cocktail. As a compliment to the Americans, the cocktail later became known as the "Americano". Another explanation is the name was derived from the Italian language word "amaro", which means "bitter".